"One of the greatest shows on this planet": a Q-and-A with biologist Yoshi Tomoyasu about Brood X cicadas

Trillions of cicadas are likely just days away from emerging in Ohio and throughout the Northeast, and Miami University’s Yoshi Tomoyasu, associate professor of biology, offered his thoughts.

"One of the greatest shows on this planet": a Q-and-A with biologist Yoshi Tomoyasu about Brood X cicadas 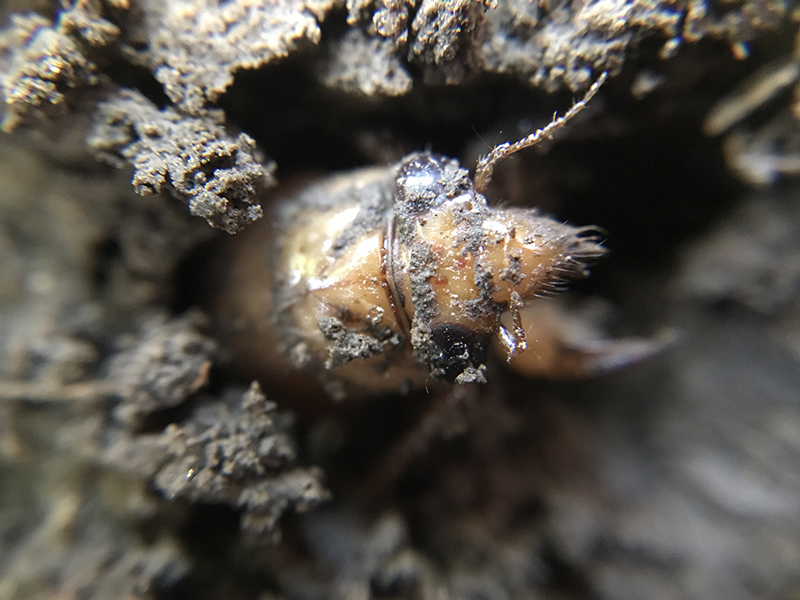 Trillions of cicadas are likely just days away from emerging in Ohio and throughout the Northeast, and Miami University’s Yoshi Tomoyasu, associate professor of biology, offered his thoughts on the insects, their evolution and lifecycle, and why humans should embrace their emergence.

He says that especially in the United States, insects are often perceived as annoying, creepy things instead of the truly fascinating living organisms that they are. He hopes that the mass emergence of Brood X will encourage people to learn more about insects and guarantees that “you will feel more connected to nature once you are familiar with these critters!”

What should we expect to see in Ohio with the emergence of Brood X?

In short, tons of cicadas! It will be cicadas everywhere -- billions or perhaps trillions of them. And, with all males calling for females, it will be VERY noisy once they emerge. Or, at least, that is what I’m envisioning. To tell you the truth, I’ve never seen it myself in person, because I’m originally from Japan and have been living in Ohio less than 17 years. I am so excited to finally be able to experience this event! Why? Because this is a very unique event that happens only in eastern North America, and is one of the greatest shows on this planet. Well, that is at least for bug lovers. I think  this video on the Return of Cicadas does a great job explaining why this is so exciting.

Why do cicadas exist and what benefits do they offer? 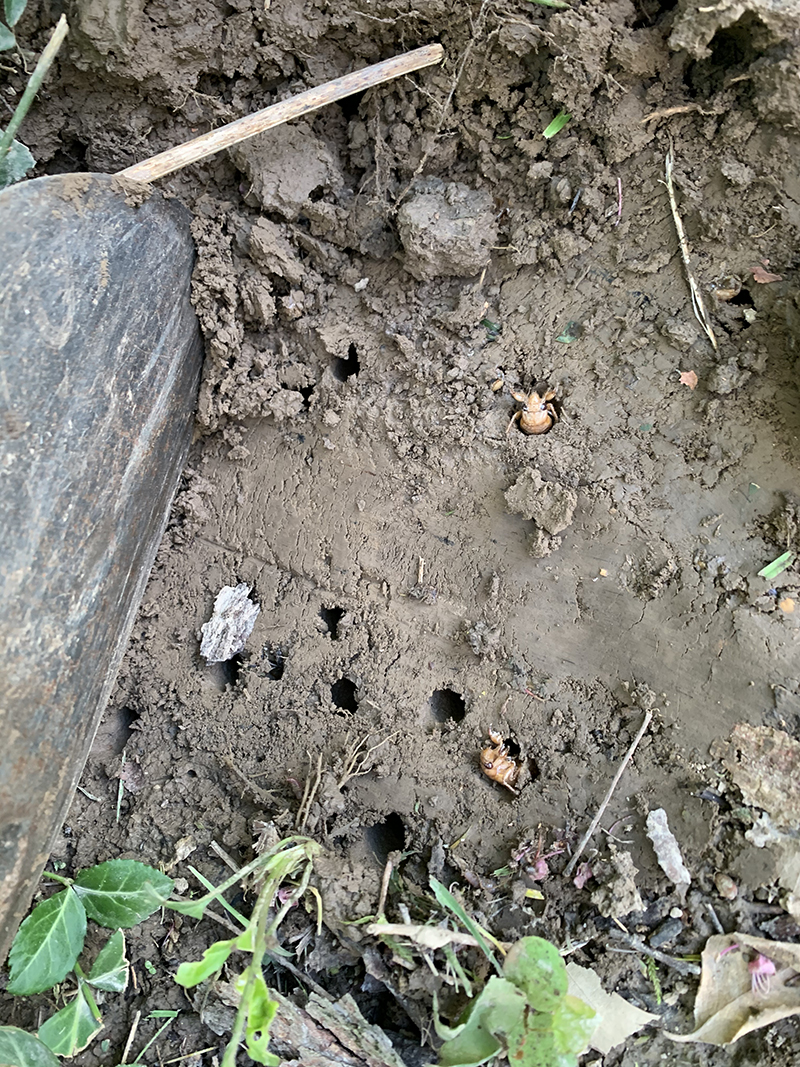 Cicada nymphs emerging from their tunnels (image by Tomoyasu).

All living organisms that exist today on earth evolved from a unicellular organism that emerged over 3.5 billion years ago. We look, behave, and function differently, but we are all descended from the same ancestor and we exist as the result of natural selection. So, we are all related, and cicadas are our very, very, very (more than 500 million years), distant cousins who live most of their lives underground.

Same as any other native species, cicadas are an indispensable part of the ecosystem in eastern North America. They have been doing their “synchronized '' lifestyle possibly for millions of years, even before humans arrived in North America (so we are the invaders here!). Given the huge number of cicadas that emerge, they play a huge role in our ecosystem, as both a food source for others and as a regulator of the trees they feed on. Animals -- turtles, raccoons, opossums, birds, and more -- will benefit from their mass emergence. For them, this will be the feast of a lifetime. Also, after cicadas die, the accumulated dead cicadas will nurture woods.

Why do cicadas emerge in such large numbers?

Not all cicadas emerge en masse. You see some “annual cicadas” in your neighborhood every year that have a lifespan typically between two and five years. Only in eastern North America, do we also have “periodical” cicadas. They have a much longer life cycle, either 17 or 13 years. And here is the fascinating part. Their life cycle is in complete synchronization. This means that all of them — trillions of them — hatch within the same month, all spend 17 years underground, and all come out at the same time, within a period of a few weeks.

There are so many intriguing questions about this phenomenon. How have they become synchronized? Why either 17 or 13 years? With them spending almost their entire life underground, how do they count precisely 17 years?

How does Brood X differ from other broods?

The periodical cicadas are grouped into distinct “broods” depending on when and where they emerge. Currently there are 15 broods . Because these cicadas live only several weeks as adults when they can mate and lay eggs, it is not possible for them to meet and mate with individuals from another brood. This makes these broods of cicadas “temporally” separated. Brood X (the Roman numeral 10) has the greatest range and concentration, covering not only the tristate area but also the eastern United States. 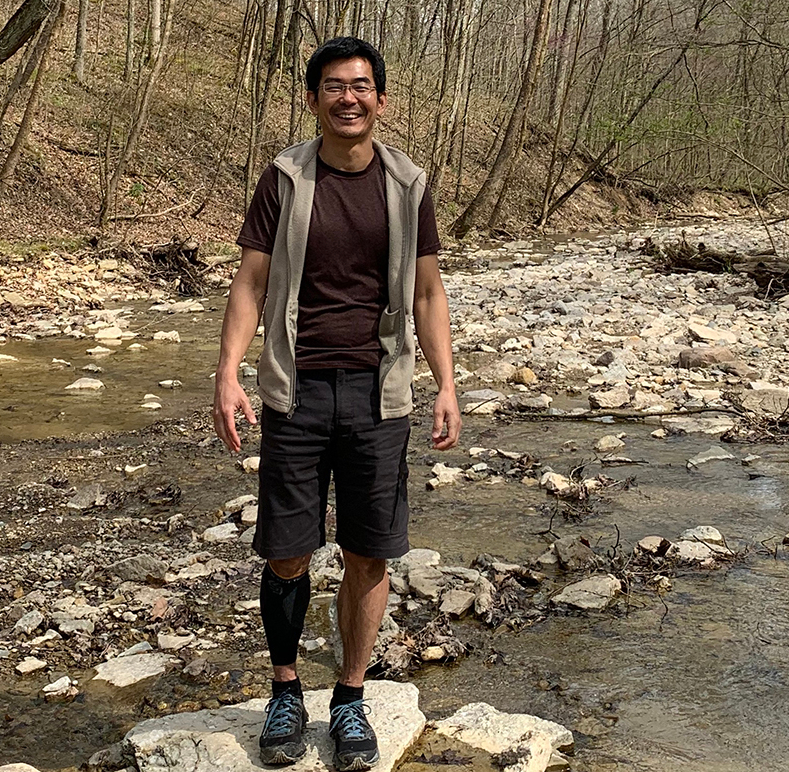 Yoshi Tomoyasu. Below, image from a time lapse of cicada emergence. Watch it on  Twitter @yoshitomoyasu.

The mystery behind the prime number of their life cycle (17 and 13 years) appears to lie within this temporal separation. The least common multiple becomes very large between two prime numbers, so having the life cycle of a prime number year might have minimized the chance of the two groups (17 vs 13 years cicadas) to meet and interbreed, which might have helped them to maintain their synchronization.

Why are they synchronized? One idea is related to the ice age. The ice age likely was a very challenging time for cicadas, and only those who found a rare warm spot might have survived. Those who emerged at the same time survived better because they had a higher chance of finding mates and reproducing, thus their evolution favored synchronization.

But why did this synchronization happen only in cicadas? Mysteries remain.

With so much attention given to the inconvenience of these brood emergences, is there anything we are missing?

Cicadas are considered a symbol of summer in Japan. Their sound always reminds me of good hot summer days in my childhood, but that scenery in my memory is so still and silent.

It’s captured perfectly in this haiku by Matsuo Basho, one of the most famous poets in Japan. 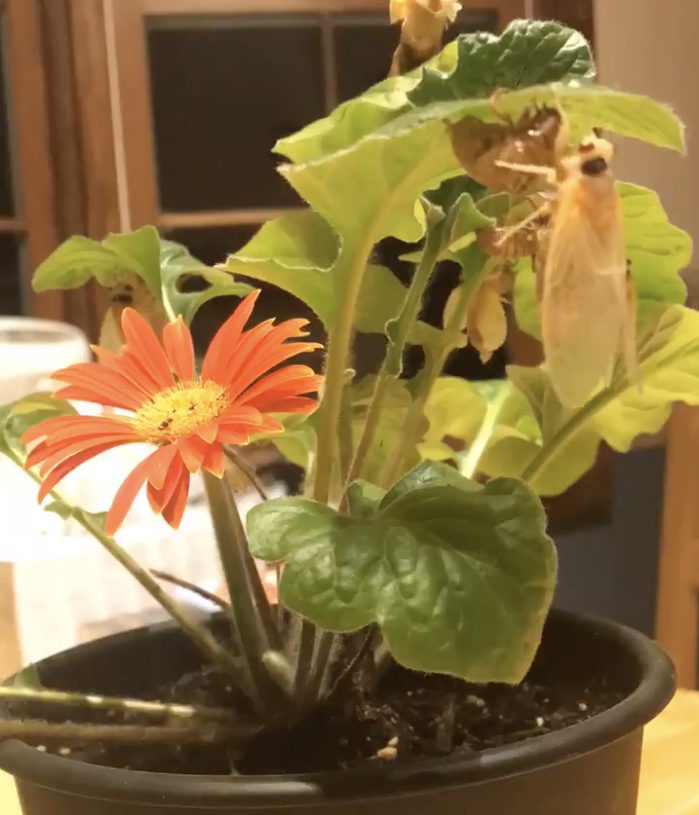 sinking deep into the rocks

cries of the cicada