Miami University Junior Faculty Scholar Awards have been presented to assistant professors Carolyn Hardin of media, journalism and film and global and intercultural studies; Andrew Jones of chemical, paper and bioengineering; and Jessica McCarty of geography.

University Junior Faculty Scholar Awards honor faculty who have demonstrated great potential in research or artistry and have achieved significant standing in their fields. Candidates for the award must have the rank of assistant professor by the due date of the nomination. 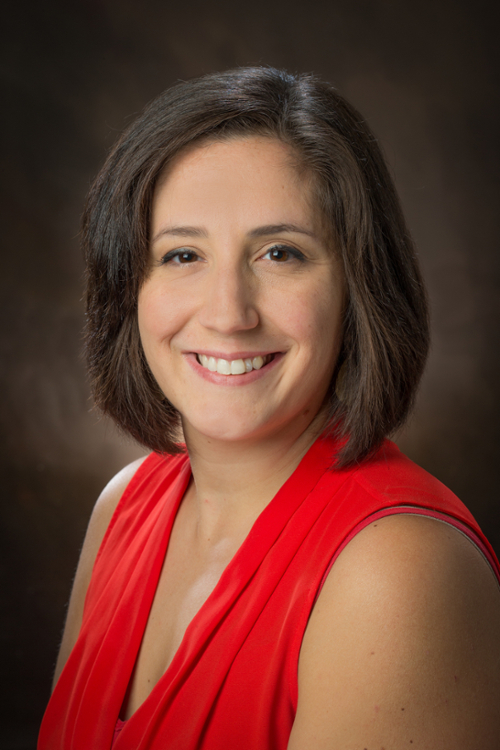 Hardin has gained international acclaim as an interdisciplinary scholar, “bringing together economic and critical humanities approaches to understand phenomena ranging from the financial crisis of 2007-09 and neoliberalism to individual retirement investing and prepaid debit cards,” a nominator wrote.

Hardin’s research falls into the interdisciplinary subfields of critical finance studies and cultural economy of finance — “each of which draws scholars from disciplines including geography, anthropology, sociology, American studies, media studies and more to interrogate the cultural and material constitution of the taken-for-granted economic and financial spheres,” a nominator wrote.

The assistant professor with a joint appointment in the department of media, journalism and film and the department of global and intercultural studies joined Miami in 2016. Since then, Hardin has produced original research, presented at numerous conferences, worked with students on innovative research and has been promoted from reviews and commentary editor to associate editor and finally co-editor-in-chief of The Journal of Cultural Economy, the premiere international journal in her field.

Her research on such topics as the visualization of individual retirement savings accounts in online platforms and the use of prepaid debit cards by black consumers has been published in leading journals, including the American Studies Association flagship journal, American Quarterly.

Her book on the financial crisis is forthcoming from Duke University Press, and she contributed a co-authored chapter to the first edition of the Routledge Handbook of Critical Finance Studies.

Hardin, who earned a doctorate from the University of North Carolina at Chapel Hill, has received five grants since 2017 from Miami University College of Arts and Science, the Humanities Center and Committee for Faculty Research.

What makes Hardin stand out as a scholar, another nominator said, is the quality of her work as well as “the important interventions that her research makes in the fields of finance, cultural studies and American studies and the important ways that she is able to communicate her research” to various segments of the public.

“Her unique and important scholarly interventions also serve to make her a professor that is in high demand and is exemplary of the teacher-scholar model that is promoted at Miami University." 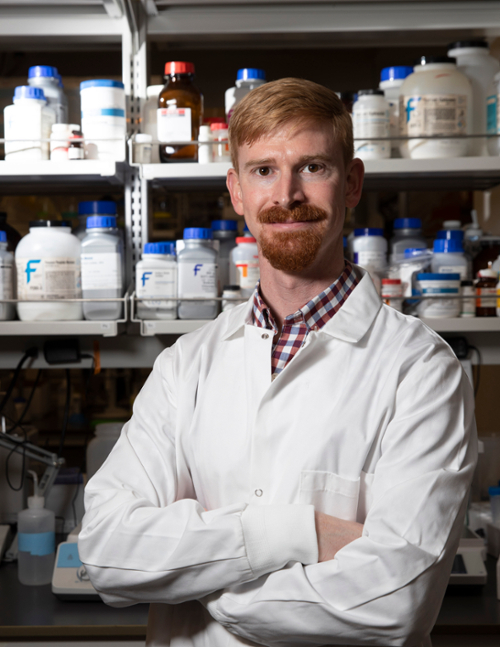 Jones is an accomplished researcher who has already enhanced the reputation of Miami University through his research on biochemical routes for production of psychedelic compounds. One nominator said, “In an academic career of less than four years, Jones has already demonstrated the excellence in bioengineering research that indicates that he will have a lasting impact on the field over the next several decades.”

His research focuses on engineering microorganisms for production of psychedelic compounds that have potential for use as medicines to treat addiction and clinical depression. He uses a “biologist’s toolbox with an engineer’s eye” toward solving the problem of how to economically, reliably and renewably manufacture them.

Jones was the first person to report a new approach to the production of psilocybin by E. coli. Psilocybin, the psychoactive component of “magic mushrooms,” is currently being tested in treatments of depression, anxiety and PTSD.

His discovery has led to a $1 million research grant to extend these studies; two current patents; and the creation of a start-up company — PsyBio Therapeutics Corp — to commercialize his work. Jones serves as the chairman of the scientific advisory board of the company.

His research impacts “not only the body of knowledge surrounding bioengineering, but also commercial ventures to transfer psychedelics from curiosity to an actual pharmaceutical product that has the potential to help millions of people,” a nominator said.

Jones’s nominators highlighted his success at mentoring undergraduate students, particularly in a department that does not have a doctoral program. Talented undergraduates have played a large role in the research results produced in his lab.

Jones was recognized with the 2020 American Institute of Chemical Engineers “35 under 35 Award – Bioengineering Category.”

He received his doctorate from Rensselaer Polytechnic University in 2016, and served as a visiting assistant professor at Hamilton College from 2016-2017 before joining Miami in 2017. 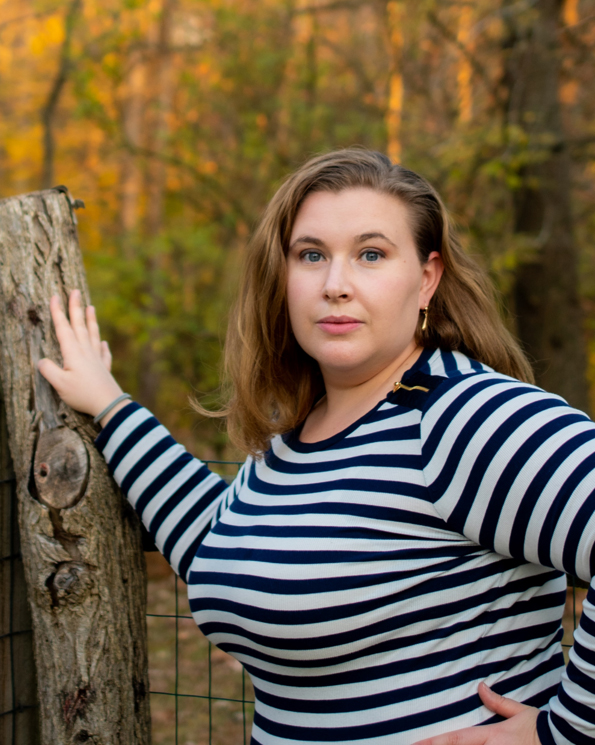 McCarty is a leading scientist in the field of geospatial technologies.  Her research focuses on using geospatial and remote sensing science and technology to monitor and predict wildland and human-caused fire, greenhouse gas emissions and impacts on air quality, in addition to applications in food security, land-cover/land-use change and climate change.

Since joining Miami in 2017, she has received seven external research awards in support of her work, including funding from NASA, the National Science Foundation, the USDA and the United Nations. She has received nearly $5 million in external research funding since 2010. Each of these research projects is highly interdisciplinary, involving not only geospatial scientists, but linking together political science, ecology, atmospheric science, landscape management, economics and agriculture.

Her nominators said that McCarty has already had a profound impact in the geography department, raising its profile through her prolific research output and securing grant funding for students. She has enhanced Miami’s Geospatial Analysis Center, becoming its first official director and securing grant funding for a research staff member. The center was selected by the Global Alliance on Health and Pollution to host the inaugural Diversity in Environment and Health Internship Program.

McCarty's expertise in the field of geospatial technologies is widely recognized through her research publications in top-tier journals. She is author/coauthor of more than 30 peer-reviewed journal articles and three book chapters, among other publications, and a NASA Technology Transfer.

She has made many media appearances as a climate/biomass burning expert for outlets such as New Scientist, The Atlantic, Mashable, Vice, Wired and others, and was a much sought-after expert by general news outlets and scientific magazines following the Greenland wildfire in 2018 and wildfires in Siberia.

She was also an invited deputy chair for the International Association of Wildland Fire’s Third International Smoke Symposium in 2020.