Researchers at Miami University have been awarded a $1.5 million grant from PsyBio Therapeutics Corp. to expedite progress toward clinical trials of a portfolio of neuropsychiatric drugs. 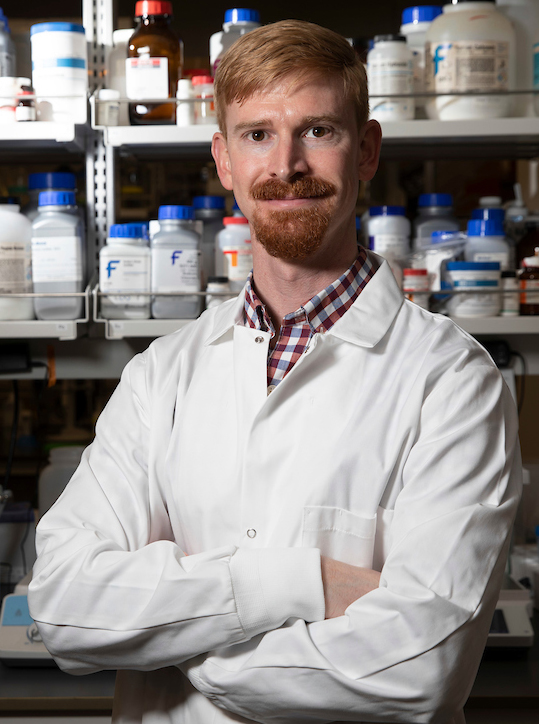 Last year, PsyBio and Miami joined forces to develop and test a new class of molecules to treat mental health challenges such as depression, anxiety, PTSD, and substance dependency.

In May 2020, the company awarded a $1 million grant to J. Andrew Jones in Miami’s department of chemical, paper and biomedical engineering, and Matthew McMurray in the department of psychology.

The initial grant served as start-up funding to further develop a platform technology developed by Jones and a team of students in 2019 that enables the biosynthesis of psilocybin and other psychoactive molecules that occur naturally in certain plants and fungi, including magic mushrooms.

PsyBio is in the business of pioneering the next generation of psychoactive compounds for mental health treatment, called tryptamines, which are being studied to reverse the course of disease by rewiring the brain through contemplation and a change of perception.

Many tryptamine compounds are also known for their hallucinogenic properties and have been receiving international recognition for their therapeutic potential. These compounds act on and increase synaptic and neurotransmitter activity in the brain responsible for stimulating the reward system.

“The initial collaboration between PsyBio and Miami University has resulted in the discovery and scaled production of two medically relevant tryptamine molecules that are naturally present in psychoactive magic mushrooms, psilocybin and norbaeocystin,”  said CEO Evan M. Levine, chairman of PsyBio.

He added that “the compounds have been efficiently synthesized and further studied in our laboratories and have now moved out of our labs into venerated commercial development facilities.” 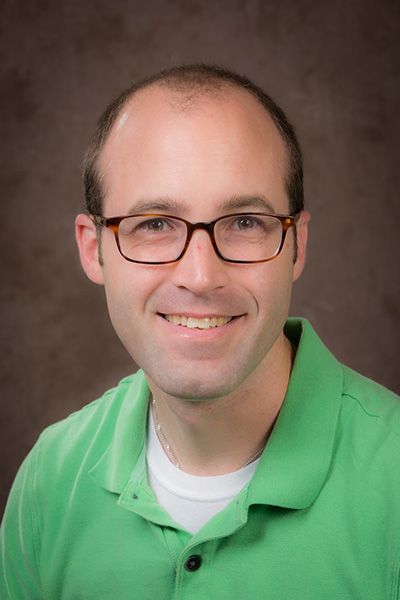 Under this updated and expanded research agreement, the Jones Laboratory plans to develop elite microbes capable of efficient production of a range of medically relevant alkaloids, or organic compounds.

“This ground-breaking research and the collaboration with PsyBio Therapeutics Corp. illustrates Miami's entrepreneurial makeup and showcases the ingenuity of our faculty and the brilliance of our students," said Miami President Gregory Crawford.

“We are extraordinarily fortunate to have the resources and relationships at Miami University to attract institutional investment capital that is interested in advancing a paradigm shift in the treatment of mental health,” said Jones, assistant professor and chairman of PsyBio’s Scientific Advisory Board.

Jones and McMurray, whose research focuses on pharmacology and neuroscience, will advance candidate molecules from initial drug discovery to animal efficacy studies, faster, cheaper, and greener with this financial support from PsyBio. Such studies are necessary before any new drugs can be advanced to clinical trials.

“Our work with the McMurray Lab and PsyBio enables my lab’s discoveries to rapidly advance from discovery to in vivo validation and industrial application, ultimately shortening the time between discovery and treatment of patients,” Jones said.

McMurray brings his expertise in cognitive neuroscience and pharmacology to the project.

The McMurray Lab plans to conduct animal behavioral studies to verify the antidepressant, anxiolytic, anti-addictive effects of the alkaloids produced in the Jones Lab, using both adult and adolescent animal models of disease.