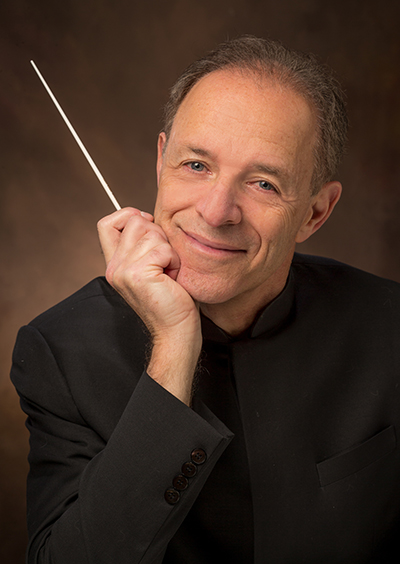 While orchestras across the country have been searching for alternative ways to remain functional during the pandemic, the Miami University Symphony Orchestra (MUSO) might be the only college orchestra in the country to function as a virtual ensemble on a weekly basis, according to conductor Ricardo Averbach.

Averbach and the MUSO have worked together to create an alternative orchestra program, where students have weekly sectional rehearsals and full rehearsals to produce weekly performances. The process is challenging, he said, and a “test of our resilience in the face of unusual circumstances affecting the performing arts all over the world.”

We gather together in music: "Needed now more than ever"

Averbach developed an ambitious project, “We Gather Together in Music: A Concert Series on Diversity, Equity and Inclusion.”

The idea started when student members of the orchestra student board approached him with the desire to perform music by composers of underrepresented groups, he said.

MUSO president Nicole Holman, a senior cello performance major and arts management co-major, said George Floyd's murder sparked conversations on "racial discrimination within every organization, and ours was no exception. I encouraged the (MUSO) board to discuss how we can work towards inclusion, one method being to incorporate diversity into our regular programming,” Holman said. “This prompted Dr. Averbach to spend the summer researching and preparing for this series, featuring works by underrepresented composers.”

MUSO project manager Marianna Gay, a junior speech pathology and audiology major, wanted to work with this project due to its focus on diversity and intercultural exchange. “Our project is focused on diversity and playing music from underrepresented artists and communities, which is needed now more than ever,” she said.

This semester, Averbach divided the symphony orchestra into three ensembles— the Oxford Chamber Orchestra, the Miami Chamber Orchestra and the Shumway Cello Ensemble. Each ensemble was assigned to perform a number of compositions.

“Each performance involves a multidisciplinary element and pays homage to a specific group or program in our community,” Averbach said.

Members of the Miami Association of Filmmakers and Independent Actors — a student organization under the guidance of David Sholle, associate professor of media, journalism and film — have been helping to produce the weekly videos, which combine the music performances and interviews with composers and Miami community members.

Gay, the project manager, said the multidisciplinary aspect of the project is where she comes in. Some of the pieces the orchestra is playing are by up-and-coming contemporary composers. “I communicate with these composers to arrange the interviews with the students, creating a space for these two groups to connect with each other. This gives the students the chance to talk to them about their experiences as composers and with diversity in classical music,” Gay said.

MUSO members are working hard to improve the performances as they get used to an entirely new way of functioning as an orchestra, Averbach said. Holman added, “We're learning how to produce, edit and synthesize recordings, which is a useful skill for aspiring professional musicians.”

“I love that we are still able to make music during these hectic times and can still feel connected to one another, both at home and with others around the world.”

Episode 1: Dancing with the Stars

Dedicated to the "unsung heroes of Miami University, our incredible staff."

Episode 2: A Song with No Words

Dedicated to the Latinx community. Interview with composer José Elizondo. "It's an honor to be part of this landmark moment," Elizondo said. "The message of diversity in this video is wonderful and so important. What an honor to have my music associated with such a great goal, such a wonderful group of talented musicians, and such inspired and inspiring leadership."

Episode 4: Music of the Midnight Sun

Interview with Finnish film and classical composer Tuomas Kantelinen. Featuring photographic works by Rodney Coates, professor of global and intercultural studies. "This work showcases many of our fantastic cellists, especially one of our second year graduate students, Joe Kovac," said Nicole Holman."One of my favorite aspects of the cello choir is the strong sense of community, as the students are all friends and enjoy working together."

Kantelinen said "What a pleasure it was to hear my Nordic Adagio played by your wonderful orchestra and masterful Joe Kovac as a soloist! You truly managed to create a musical bridge between our two countries that are so far apart - but only geographically. Dr. Rodney Coates’ superb nature photography captured the mood of the music in a subtle way and also added greatly to the experience."

Focus on BraziL: Listen to a lively introduction by guitarist Thomas Garcia, associate professor of musicology; Featuring soloist Audrey Luna, soprano, vocal music faculty member, in her last performance at Miami before her retirement; and interviews with members of Miami University Fashion and Design.