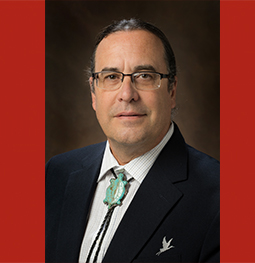 A citizen of the Miami Tribe of Oklahoma, Baldwin is an adjunct assistant professor in educational leadership and also serves as co-director of the National Breath of Life Archival Institute for Indigenous Languages, which is based in the Myaamia Center on Miami University’s Oxford campus.

“Daryl’s work on Native American language and cultural revitalization projects for the National Breath of Life Archival Institute for Indigenous Languages — and his work with the Miami Tribe of Oklahoma through the Myaamia Center — are having a tremendous impact that will be felt for generations to come,” Crawford said. “Miami is a place for trailblazers and innovators, with humanities at its core, and Daryl and his important work are shining examples.”

The National Endowment for the Humanities chairman is advised by the National Council on the Humanities, a board of 26 distinguished private citizens appointed by the president and confirmed by the U.S. Senate. Members serve staggered six-year terms.

The Myaamia Center — a research-focused collaboration between the Miami Tribe and university — has been leading a language and cultural revitalization effort that has resulted in the first generation in nearly 100 years learning to speak the Myaamia language.

neepwaantiinki means “learning from each other”

Baldwin credits the nearly 50-year relationship between the two Miamis — the sovereign tribal nation and the public educational institution — with playing a key role. At Miami, tribe students have the unique experience of learning together and expanding their knowledge about their own heritage and culture by taking classes through the Myaamia Heritage Award Program. 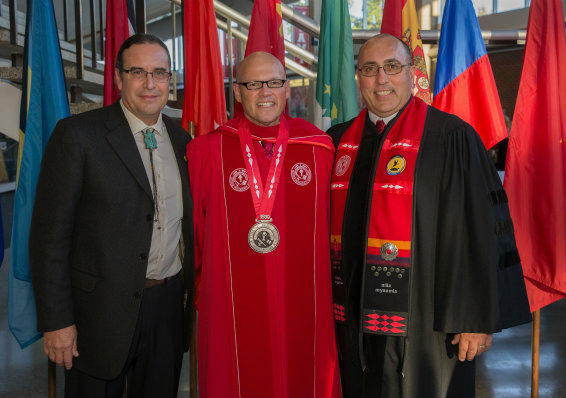 The program, which began in 1991, is a four-year undergraduate college experience for Miami tribe students enrolled at the Oxford campus. It provides a tuition waiver and the additional coursework relative to their heritage.

The Myaamia word neepwaantiinki, which means “learning from each other,” embodies the core understanding of this relationship. It captures the desire to mutually engage with each other by creating opportunities for learning and sharing.

Kara Strass, director of Miami Tribe Relations for the Myaamia Center, said Baldwin has been a visionary in the Miami Tribe’s language and cultural revitalization.

“His experience and ongoing commitment to community-based work make him a perfect nominee for this position,” said Strass (Miami MS ‘18). “As someone who has experienced his leadership and innovative thinking, I know that Daryl could bring a new and unique voice that will be invaluable to the National Council on the Humanities."

In 2016, Baldwin was named a MacArthur Fellow. The John D. and Catherine T. MacArthur Foundation made the selections based primarily on “exceptional creativity, as demonstrated through a track record of significant achievement, and manifest promise for important future advances.”

The White House news release included background from Baldwin’s biographical page on the Myaamia Center site, which says his “forefathers were active in the political affairs of the Miami Nation dating back to the 18th century, and he continues this dedication to tribal self-determination through his efforts in language and cultural revitalization today.”