Ande Durojaiye has been named dean of Miami University Regionals, College of Liberal Arts and Applied Science (CLAAS). He will start July 1.

Ande Durojaiye has been named dean of Miami University Regionals, College of Liberal Arts and Applied Science (CLAAS). He will start July 1. 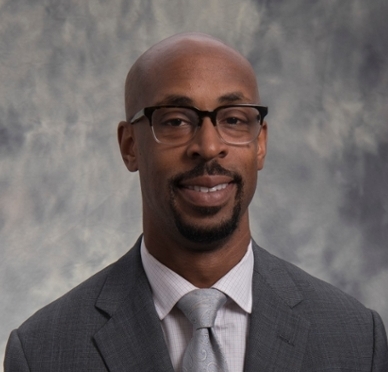 Durojaiye is the interim provost and executive vice president for academic affairs at Northern Kentucky University (NKU), a position he has held since January.

Previously, he served three years as vice provost for undergraduate academic affairs at NKU, where he provided oversight to undergraduate education and several offices, including accreditation and assessment, curriculum, academic advising, adult learners, testing, first-year programs, and the Center for Teaching and Learning.

“His vision for CLAAS and the Regional Campuses, his commitment to the core values that Miami holds dear — especially his commitment to success for all students, faculty, staff, and community members — and his proven leadership at multiple high-quality institutions made this choice a clear one for President Crawford and me,” Osborne said.

Durojaiye will succeed Cathy Bishop-Clark, dean and associate provost at the Regionals, who will return to her faculty line in the department of computer and information technology.

Osborne said that under Bishop-Clark’s leadership, the Regionals and CLAAS have “articulated a clear strategic vision of deep engagement with the communities we serve, driving success for all members of the division, a deep commitment to the social justice mission of an open-enrollment university, alignment with the needs of the state and region for workforce development, and an aspiration to be a national leader amongst regional campuses.”

The provost noted the Regionals’ national rankings, adding, “We know Dean Durojaiye will continue and amplify these successes.”

Durojaiye said in his cover letter that the Regionals’ strategic focus on Empowering Minds, Strengthening Communities — with themes of access, community, diversity, student success and teaching excellence — position the campuses for success in a post-pandemic context.

“Providing access for diverse learners to a high-quality education is an idea that is consistent with my value system and life’s work,” he said.

As leader of NKU’S Division of Academic Affairs, Durojaiye oversees its seven colleges and more than 100 programs at the bachelor’s, master’s and doctoral levels for more than 15,000 students.

A native of Atlanta, Durojaiye earned a doctorate of education from Vanderbilt University’s Peabody College, and a juris doctor from the Georgetown University Law Center. He is also a graduate of Harvard University’s Institute for Educational Management.

He served as an attorney in the U.S. Department of Education’s Office of Civil Rights in Atlanta from 2011 to 2014 after working as an equal opportunity specialist/investigator in the office from 2009 to 2011.

Durojaiye was executive director of equity, inclusion and compliance and Title IX coordinator at Florida Atlantic University from 2014 to 2015, then served as Michigan State’s director of institutional equity from 2015 to 2018.