Oxford and Beyond • Economic Impact

Miami and Oxford initiative to transform uptown into an entrepreneurial hub

College@Elm can be a revitalization model for the country

This 39,000 square foot building at College and Elm will become a center for innovation and entrepreneurship.
Oxford and Beyond • Economic Impact

Miami and Oxford initiative to transform uptown into an entrepreneurial hub 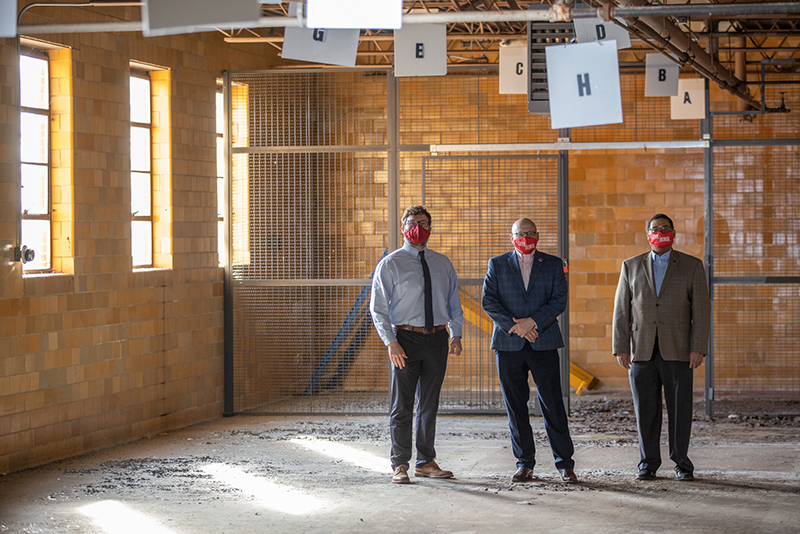 Seth Cropenbaker, assistant to the Oxford city manager, President Greg Crawford and Miami's Randi Thomas envision a building space that can become an incubator for start-ups.

A start-up initiative envisioned by Miami University and the City of Oxford to revitalize an area along College Avenue and Elm Street recently received a $1 million jump-start from Ohio’s 2021-2022 state capital budget.

College@Elm encompasses a three-block area of uptown Oxford that includes a renovated community arts center, green space, and what is now a vacant building owned by Miami. The university and the city are setting their sights on renovating the building as an incubator for start-ups, workforce development, innovation, manufacturing, and more.

It’s a mouthful of ingenuity with forward-thinking vision shared by both Oxford and Miami. Both organizations debated what to do with the dilapidated building. For 68 years, the 39,000 square-foot building housed Miami’s food service operation. However, during the last 19 years, the building has been empty and in need of repair.

Several years ago, Miami received an offer from a developer who wanted to use it for off-campus student housing. City officials said no. Several years later, the two entities embraced the entrepreneurial spirit and generated the College@Elm proposal as an economic development plan for, not only Oxford and Miami, but the region.

The proposed renovation plan will transform the building into the College@Elm Innovation & Workforce Development Center. It will have two anchor tenants — Miami, operating an Entrepreneurship Training and Incubator Center — and the Fischer Group, a Butler county manufacturing company, operating a business expansion they call their “innovation extension.”

A model for the nation

“We believe it can be a model of revitalization for small, rural towns like Oxford across the country,” said President Greg Crawford.

The project can act as a catalyst, transforming a three-block underdeveloped area in the epicenter of Oxford’s business corridor into a high-tech innovation corridor. It will be the fourth renovation in the three-block area that includes the Oxford City Municipal Building project (the former Oxford Lane Library building), the Oxford Community Arts Center (OCAC) and the OCAC Park.

“The City of Oxford is committed to creating a supportive business climate that encourages the investment and economic growth necessary for a vibrant entrepreneurial ecosystem,” said Jessica Greene, assistant city manager of Oxford.

And that’s just in the three-block area. Across campus, Miami has been investing in renovating existing facilities and investing in new construction, such as the new Clinical Health Sciences and Wellness Building, or Health Care Hall, and the Richard M. McVey Data Science Building. 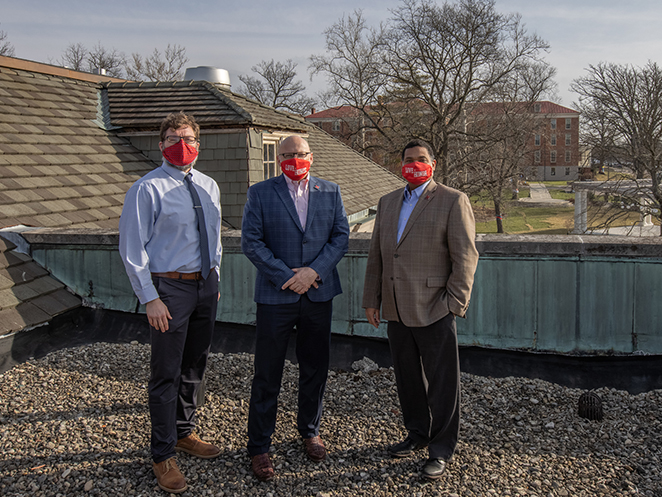 This three-block corridor in Oxford is seeing a revitalization.


Miami will operate the College@Elm Innovation and Workforce Development Center and support the Entrepreneurship Training and Incubator Center.

The Fischer Group, with two locations in Butler County and 300 employees, is an end-to-end consumer goods company. They take innovative product ideas and bring them to the shelf. As an anchor, they will operate and manage the innovation extension program, create high-impact experiential learning opportunities for students and attract new investment to Oxford.

“We basically invented the technology that de-risks and brings new products into the market at about a fifth of the time and at a quarter of the cost of what large companies do,” said Al Fischer, president and CEO of the Fischer Group.

President Crawford said that the secrets to success include the following:

Total cost for the renovation project is $10.7 million. The facility will house office space, the entrepreneurship training center, start-ups, design and testing area, and space for manufacturing operation.

Investment will pay off. It is estimated that Miami’s efforts are projected to infuse 25 new high-skilled jobs, with an aggregate annual payroll of $1,756,000 into the Oxford economy. The Fischer Group expects to add 53 high-skilled jobs to the Oxford economy, with an aggregate payroll impact of $2.1 million over a five-year period. Growth potential is real. For example, College@Elm anticipates launching at least three start-ups a year.

"We are confident that once College@Elm is renovated, up and running that we can match this national average of three spin off per year," Thomas said.

The project will begin this year, and Thomas' team is working on securing financing for the project.